An Unexpected Adventure in Crete 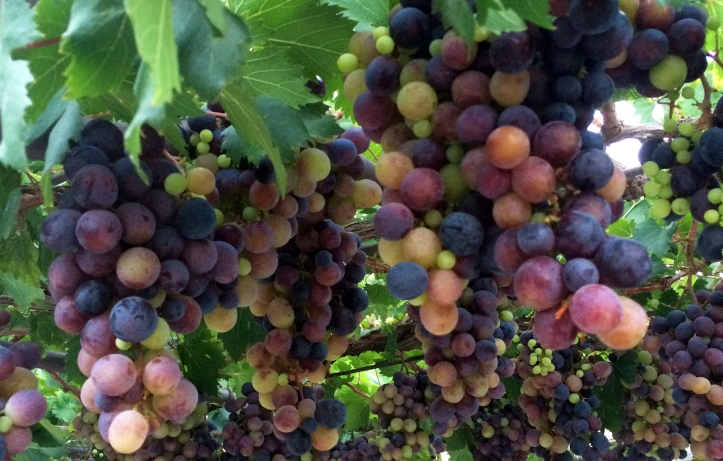 Crete was my unexpected adventure for several reasons.  It was the first time I visited a place that required a car to get around and the first time I ever stayed somewhere that wasn’t a major city (shocking, I know).  This was by design, as I was specifically looking for something less urban and more rustic than my usual travel style.  It was also a place where pre-planning could only get you so far, thanks to skimpy Google Maps coverage and guidebooks light on info outside of a handful of major towns and beaches.  I quickly learned that when your feet hit the ground you’ll be tempted to throw your “itinerary” out the window like yesterday’s bath water and go into full-blown explorer mode (take that type-A personality!).  And while all this may not be something new for some of my fellow travelers, it was an exciting first for me.  Here is how we spent 3 glorious days on this charming and unsung Greek island.

Day 1
We flew from Athens to Crete’s Heraklion International Airport (HER) on Aegean Airlines since the 50-minute flight was faster and more cost-effective than taking a ferry.  Our first stop was Hertz to pick up our rental car, which we fully expected to be something like an old VW Golf, but were pleasantly surprised by the new and shiny Mercedes A180 waiting for us (we had specifically requested an automatic).  Before hitting the road, we found a parking lot in Heraklion so that we could spend some time walking around the city.  Crete’s capital has a long history as a port city, and my favorite site was the 16th century Koules Fortress built on the waterfront during Venetian rule.  The water surrounding the harbor was so unbelievably blue and while we would have liked to have lingered longer in Heraklion, it was an unusually hot September day and the afternoon sun was wearing on us.

Armed with GPS (do NOT skimp on this option) we set out on the 30-minute drive to the place where we would be staying.  Thanks to a tip from someone who recently visited Crete, we had a decent understanding of the fundamentals of the road – 1) go fast and 2) use the shoulder for “driving” and the center for passing people that aren’t following rule #1.  It didn’t take as long as we expected to get the hang of, either that or we were distracted by the Mediterranean dream that we had entered – alternating fields of olive trees and grape vines that created a checkerboard blanket over the rolling hills as far as the eye could see, and the occasional fig tree dotting the side of the road.  Then there was the villa, our villa.

Villa Kerasia is a reconstructed stone farmhouse with 7 beautifully-remodeled guest rooms.  The bed and breakfast is run by a sweet and unassuming man named Babbis, who was always more than happy to provide suggestions and (more importantly) driving directions.  We stayed in room #4, which was spacious and nicely decorated, with a large modern bathroom and balcony that overlooked the L-shaped pool and surrounding valley.  I literally stumbled upon Villa Kerasia while panning around Google Maps and could not have been more grateful.  Complete with playful kittens and pomegranate trees, it’s the type of place you would run away to if you won the lottery with no intention of returning to civilization.  Ever.

That night went to a nearby taverna called Earino in the village Kato Asites for dinner.  The taverna’s husband and wife team were warm and friendly, and casually hung out at a nearby table with their dog, drinking raki and playing Solitaire on their iPads in between taking orders and delivering food.  We were given a paper menu with hand-written specials added to the already tempting selection.  We ordered a Greek salad, the special zucchini flowers stuffed with rice and cheese and a pork chop with greens and French fries.  The meal was nothing short of amazing, and when we finished our carafe of house white wine, the wife brought us our own complimentary pitcher of raki and a plate of watermelon and cream cake for dessert.  The entire experience felt as if were we dining on a friend’s patio. And if there is one thing we learned by eating at small tavernas like this one, it’s that you can truly be a “locavore” in Greece.

Day 2
We began the day with a hearty, fresh-cooked breakfast at our villa, which consisted of a variety of breads, fruit, Greek yogurt with honey, fried eggs, rice pudding and of course coffee.  This was our first beach day and our plan was to start early and drive south to visit 3 different beaches.  In the heart of Crete we drove through sleepy little villages with old men and women dressed in black sitting around outdoor tables drinking coffee.  Later on our way back home they were still there, coffee replaced by wine, as if they hadn’t left their post all day.

The first beach we visited was Matala Beach, distinguished by its clear blue-green water and caves that were once Roman tombs and later inhabited by hippies in the 60s and 70s (not a bad place to camp out if you ask me).  From there we hiked about 20 minutes to the Red Beach, and were rewarded with a spectacular view as we descended down the hill towards the water.  This beach was more secluded than Matala, sans the makeshift mojito bar run by Yanni and his sidekick goat.  The last beach we visited was Agiofarago Beach, which was a short drive away, followed by a hike through a dramatic gorge with cliffs that parted like curtains to reveal the spot where we would soak up the final golden rays of the day.  Talk about saving the best for last.

Babbis recommended a tavern called Arodamos in the neighboring village of Dafnis for dinner that night.  He called ahead to the owner Maria to let her know we were coming, which I don’t think was necessary since we were the only ones there.  If the villages we drove through during the day were sleepy, then the nights were comatose.  Indicative of how most things are in Crete, the only directions Babbis gave us was to “pass the main square in Dafnis and look for a parking lot on the right, it will be there”.  And it was, a beautiful stone courtyard with tables sheltered by a canopy of trees overhead.  Similar to our experience the previous night, Maria brought us the menu and crossed off what she didn’t have that day while highlighting her specials for the night.  Our selection included a mix of both – traditional Greek salad, thick slices of grilled Talagani goat cheese (slightly browned and bubbly like the top of a pizza or a grilled cheese sandwich) and chicken with grape tomatoes and a sweet wine sauce.  The meal was equally as delicious as the night before, and we were equally as shocked by how inexpensive it was – both meals with wine included were under 30 euros.

Day 3
Our original plan for our last day in Crete was to drive north to visit some of the larger cities, including Chania and Rethymno.  Babbis dissuaded us from doing so and suggested that we go to the less-touristy Agios Nikolaos as an alternative.  Our first stop along the way was the Palace of Knossos, a sprawling archeological site outside of Heraklion that was once the political and social center of the Minoan civilization.  While there’s question about the accuracy of the restoration work at Knossos, I found it fun to wander through the multi-leveled maze of ruins and imagine what the complex looked like in its full glory.

As midday approached, we were in need of both food and shelter from the sun, so we made our way to Agios Nikolaos.  The coastal town is about an hour east of Heraklion by car and was the perfect spot to recharge with a light lunch and ice-cold frappés at a café overlooking the water.  It was also a nice place to do some souvenir shopping along the pedestrianized streets lined with shade-providing trees and cute little shops.  Displays of locally-sourced products spilled onto the sidewalks, and my only regret is that I didn’t buy a dozen or so bars of olive oil soap to bring home.

Agios Nikolaos’ grid-like street plan leads down to the waterfront where we found more restaurants and cafés with outdoor seating.  The city also boasts several small beaches that are just steps from its center, and we couldn’t resist grabbing a chair at Kitroplateia Beach before heading home.  This Blue Flag-certified beach was not very crowded despite its compact size and central location, and its water was as clear and as warm as a bath.

We were excited for dinner since earlier in the day Babbis asked if we would like to eat at the villa along with a couple from Antwerp and another from Yorkshire who were also staying there.  Of course we jumped at the opportunity to dine pool side with our fellow guests and looked forward to the surprise menu to come, which included a big salad with lettuce, tomatoes, green onion, sliced meat and cheese, followed by tender stewed pork with potatoes, carrots and leeks.  Our meal was accompanied by wine that Babbis bottled himself, and lots of it – red, white, rosé, repeat – with a little rakı thrown into the mix too.

We tried to savor the night as much as possible knowing that the next day we would hit road again. But this time we would be driving back to Heraklion to return our car and catch the ferry to our next destination, Santorini.  If I had one takeaway from my short time in Crete it’s that the middle of nowhere is indeed somewhere, and with Crete it’s somewhere you definitely won’t want to leave.  Luckily Babbis sent us with a bottle of his wine as a parting gift so we can relive a little of our experience back home.