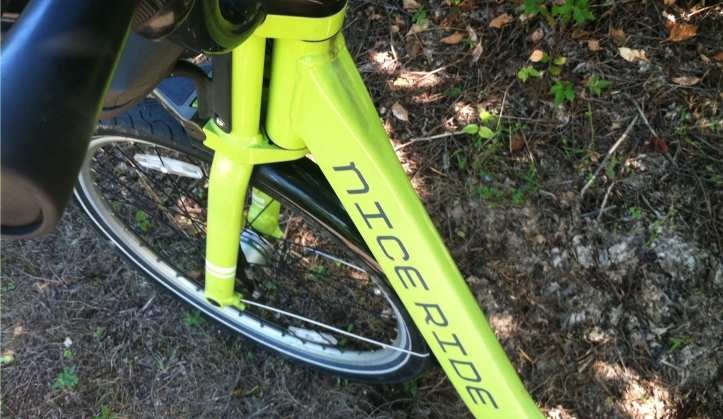 Minneapolis gets a bad rap for its bitterly cold winters but if you’re lucky enough to visit during more favorable weather, one of the best ways to experience the city is on bike.  I was surprised to learn that year after year Minneapolis continues to top lists as one of the most bikeable cities in the U.S. – in 2014 it ranked #3 on Bicycling Magazine’s biennial list, following New York and Chicago.

As a traveler, the Twin Cities’ bike sharing program Nice Ride is an affordable and convenient way to get around on two wheels.  Launched in 2010, bikes are available for rental roughly April to November (weather permitting) via one of the 170 docking stations located throughout Minneapolis and Saint Paul.  Nice Ride is extremely easy to use, just pay for your day pass with credit card at the automated kiosk and enjoy 30 minutes of free cycling.  Rates go up from there, or you can return your bike to a kiosk and restart another free 30 minutes immediately (we did this several times throughout the day).

There’s also a handy app that lets you check the status of bikes and docks and set a timer so you know how much time you have before fees start kicking in.  If you’re up for longer, uninterrupted rides there are several other bike rental companies like Wheel Fun Rentals throughout the city.

Personally, I was both excited and a little apprehensive to get back on the saddle so to speak considering my last biking adventure in Rome was somewhat of a comedy of errors.  Luckily, ample bike paths and near perfect weather conditions made for an amazing day.  Here’s what we did:

Before even hopping on our bikes our first stop was Minnehaha Falls, which is a quick 15-20 minute trip on the light rail Blue Line from Downtown to the 50th Street-Minnehaha station. The waterfall is located near the northwest edge of Minnehaha Park, and for the best view you can take the stone stairs down to the bottom of its 53-foot drop.

After doing a little hiking around the base of Minnehaha Falls and its creek, which feeds into the Mississippi River, we made our way towards the closest Nice Ride kiosk.  Game time. 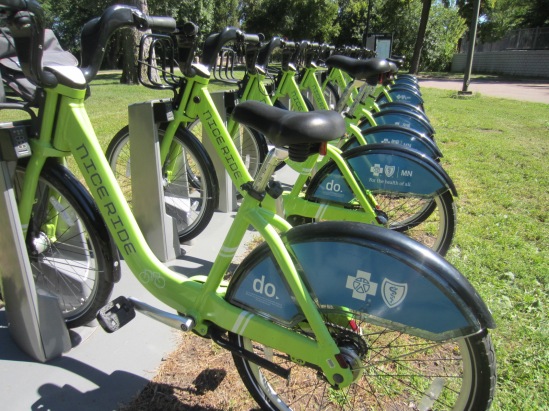 Minneapolis is called the “City of Lakes”, so our plan was to follow the Minnehaha Parkway west towards the lake district.  We set a timer and used the kiosk map within the Nice Ride app to get us from point to point.  The first stretch of our route was a straight shot down the shady tree-lined bike path, surrounded by beautiful homes with immaculately landscaped front yards.  For a city that suffers through bitterly cold winters year after year, it’s amazing just how wonderfully green it gets during warmer months.

The first lake we circled was Lake Nokomis. 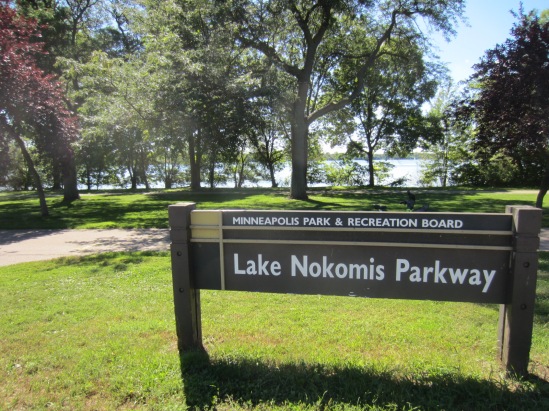 Continuing along the Minnehaha Parkway, the next lake we reached was Lake Harriet, which offered us picture-perfect views of its sailboat-dotted shores.

Next up was Lake Calhoun, which drew a crowd of bikers, runners, walkers and lake-loungers all out to enjoy the last days of summer. 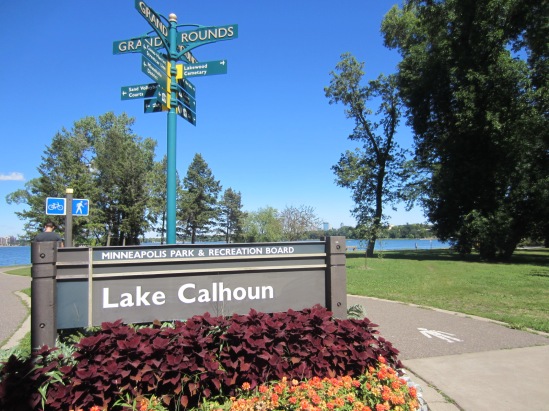 After rounding Lake Calhoun, we docked our bikes for the last time and headed towards the uptown area for a welcomed iced coffee break and a little shopping before catching a bus back Downtown.

Thanks to the scenic backdrop, ideal weather and streets sans Vespas, I couldn’t have asked for a better biking experience in Minneapolis.