London is a city that gets better with every visit.  My first impression was that it’s a lot bigger and more spread out that I had imagined, with pockets of old and new fit together like a patchwork quilt, and more sites to take in than even the busiest visitor could accomplish in one trip.  And for English-speaking travelers, the lack of language barrier will make getting to where you want to go a breeze.  Plus, I found the English to be just as pleasant as you would hope them to be, making for an all-around enjoyable experience. Here’s an overview of the basics you need to know about visiting London.

Getting There and Around
Most visitors will arrive in London by either plane or train and have lots of transportation options to get them to their final destination.  From both Heathrow Airport and the smaller Gatwick Airport, you’ll have several choices ranging like trains and buses depending on how much time you want to spend traveling and how much you want to pay.  Once in the city, consider the Tube (also known as the Underground) your best friend to move around efficiently.  Combine that with other modes of transportation ranging from the city’s iconic red double-decker buses and black (or other color) cabs and you’ll have no problem getting to where you need to go.  For more details, check out my London Transportation Basics article here.

What to See and Do
If I listed everything there is to see and do in London you would be stuck here reading all day.  But what I can say is that it’s one of those cities that offers something for everyone.  First you have sites with a royal flair like Buckingham Palace, Kensington Palace and the Tower of London (one of my personal favorites).  Churches not to miss include St. Paul’s Cathedral and Westminster Abbey, which carry a steep admission fee but are well worth their weight in pounds (especially the view from the dome of St. Paul’s).  And perhaps the most city’s most famous site that’s not to be missed is the iconic clock and bell tower at the Palace of Westminster, popularly known as Big Ben. 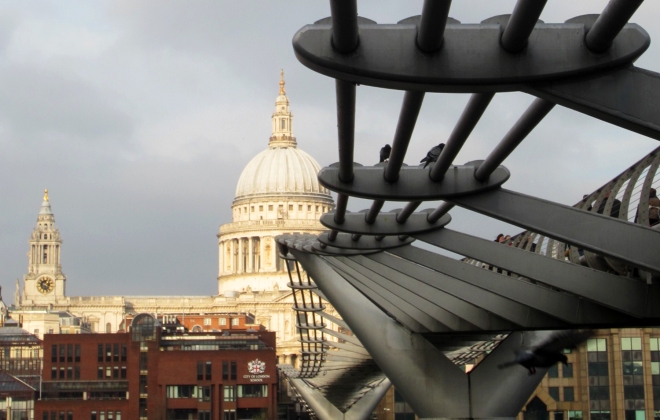 The good news is that London’s state-run museums offer free admission – The British Museum, Victoria and Albert Museum, National Portrait Gallery, Natural History Museum, National Army Museum and more – so you can mix and match with others that do charge like the Churchill War Rooms and London Transport Museum.  You can also get outdoors and enjoy the city’s many parks and squares, one of the most popular being Hyde Park.

For theatre lovers, get your fill of the Bard at the Shakespeare’s Globe on the south bank of the Thames (including open-air performances, tours and more), or see a Broadway show in the West End (hint: discounted same-day tickets are available from the TKTS booth in Leicester Square).  And don’t miss the city’s exciting food and shopping market like the Borough Market and the Portobello Road Market.  Other popular shopping spots include big department stores like Harrods and Selfridges, Covent Garden and streets like Oxford, Regents, Bond and Carnaby.  As you can see, the list goes on and on…

Where to Eat and Drink
When in London go pubbing!  Short for “Public House”, traditional pubs have been at the center of British culture for centuries as a place for the public to gather, gossip and of course, drink.  Boasting grin-worthy names like the Lamb and Flag and the Prince of Wales (and equally as fascinating histories as to how they got those names), pubs today remain a fun gathering place for good drink (translation: beer) and food (and take in the occasional football match), the latter of which has bolstered in reputation for both quality and variety over the last several years.  Beyond fish and chips and other hearty English dishes, you’ll now find menus peppered with creative sliders and sides to accompany your brew.

In addition, London is a city of international cuisine, which allows visitors to take their taste buds on a tour of the world from Italian and French to Indian and Turkish cuisine.  Plus, I always like to make at least one meal a “market meal” and my favorite place to graze my way through lunch is at the Borough Market in Southwark.  For a few more recommendations to get you started (including more info on the quintessential tradition of afternoon tea), check out some of the places where I’ve eaten and drank in London here and here.

Where to Stay
There’s also a neighborhood for every preference when it comes to where to stay in London, whether you’re looking for proximity to cultural hotspots or a quiet haven away from the touristy hubbub.  For me, ease of getting to and around a city weighs high on my list of criteria, and I’ve fallen in love with 2 places in West London’s polished Belgravia neighborhood, both of which are within walking distance of Victoria Station and several other Tube stops, restaurants and many popular sites.  The first is the Lime Tree Hotel, an adorable B&B that’s the perfect fit for the charming neighborhood where it’s located with beautifully decorated rooms, sugary sweet staff and a delicious made to order breakfast (either traditional English or Continental) in the mornings.

I’ve also stayed at the B+B Belgravia just down the street, which offers everything a traveler could ask for – friendly service, a clean basic room, tasty breakfast and convenient location to public transportation stations.  I especially loved the self-service coffee machine and biscuits available in the lobby around the clock.

Also Good to Know
It may seem silly when you find the words “Look Left” and “Look Right” painted on the ground at many crosswalks in the city, but seeing cars driving on the left side of the road really does take some getting used to (especially if you’re from a country where cars drive on the right).  I found this friendly reminder particularly helpful, although I still found myself asking why so many drivers were texting while operating their vehicle (it’s because they were actually the passengers).  :)