The Windmills of Mykonos 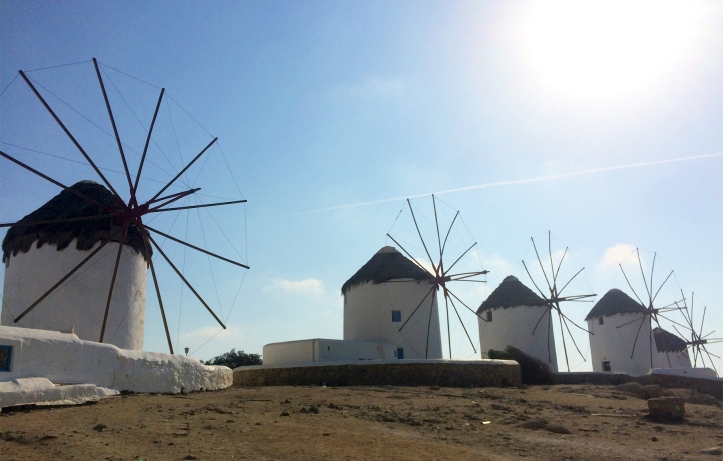 Most people who visit Mykonos fall into one of two categories – they’re either beachgoers or party seekers (and sometimes both).  And while these may be some of the islands main draws, another distinctive feature of Mykonos is its windmills.

You’ll notice the 7 “Kato Milli” (meaning “the windmills”) perched on a cliff along the western edge of the main town Chora, and as you get closer you’ll immediately understand why Mykonos is called the “Island of the Winds”.  And despite the wind, visitors still flock to see the distinctive bright white spherical structures with pointed wood roofs, lined up in an organized row like solders facing the sea.  But long before the windmills became an iconic landmark, dominating tourist selfies and picture-perfect postcards alike, their original function is perhaps what helped put Mykonos on the map in the first place. 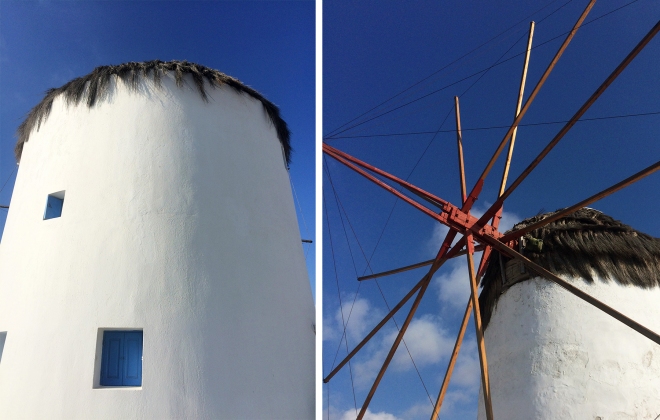 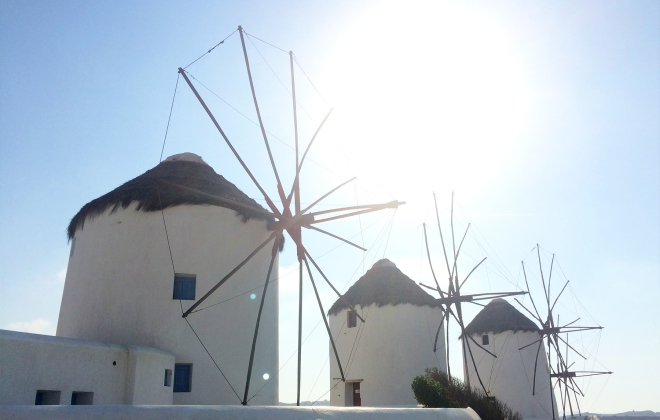 The windmills were used in grain production from the 16th through 19th century thanks to the high and frequent winds on the island. In cooperation with local bakers, they contributed to the economic growth of Mykonos as it became a necessary stop for the provisioning of “rusks” (ships biscuits, called paximadi in Greek) for ships sailing across the Aegean Sea.

At one point it was believed that there were a total 28 windmills located on the island (10 of which made up the original group of Kato Milli), but only 16 remain today. The use of windmills declined in the 20th century with the advent of electricity, still their impressive silhouettes are a symbol of the island’s past and an example of how innovation was used to tame the gods of the winds. 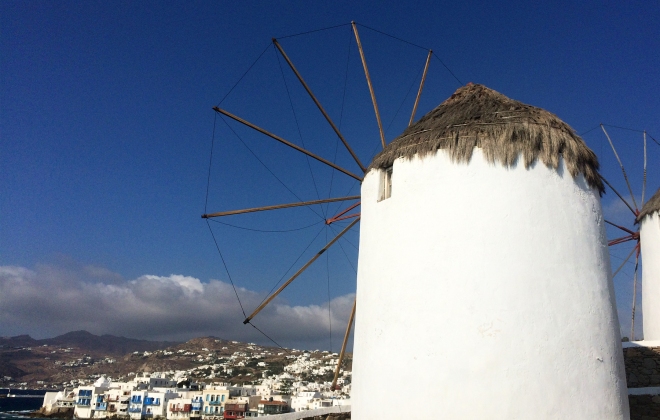