I usually visit New York during the cold, snowy winter months, so a recent trip to the city this fall was the perfect opportunity to check out some great outdoor spaces.

Previously, freight trains ran street-level through the area.  There were so many accidents that 10th Avenue was dubbed “Death Avenue”, and men on horses called the West Side Cowboys had to ride in front of trains waving red flags to warn oncoming traffic.

After much public debate about the hazards, new tracks were built 30 feet above the street, and the first train traveled on the High Line in 1934.

The tracks were designed to go through the center of blocks, rather than over avenues, which connected trains directly with factories and warehouses so they could roll right inside the buildings to deliver milk, meat, produce and other goods without interrupting street-level traffic.

By the 1950s, rail traffic declined, largely due to the growth of interstate highways, and the last train traveled the High Line in 1980.  The structure was saved from demolition in 1999 when neighborhood residents advocated from the High Line’s preservation and reuse as a public open space.

Today, the High Line is a fusion of the site’s industrial past with modern architecture and public art, making it a great place to meet friends or for a casual stroll. 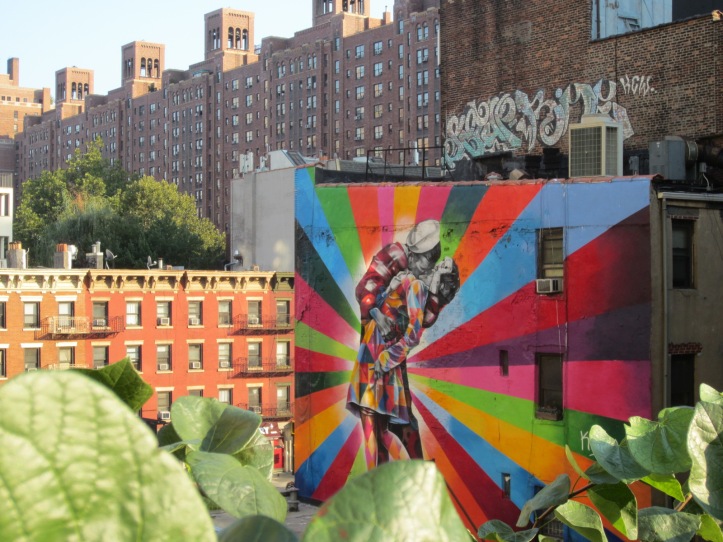 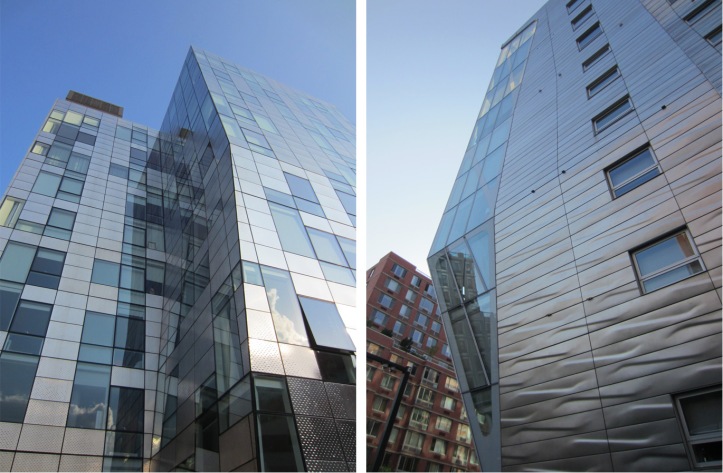